CNC Machining has given the world’s creators - scientists, inventors, and engineers – the opportunity to achieve factory-grade results in their manufacturing process. CNC machines automate the conversion of metal, plastic, wood, ceramic, and other materials into highly useful modern components.

The results are highly precise, and each part is identical to the next. But there is one more step needed to make a newly machined part truly impeccable — surface treatment.

What is CNC Surface Treatment?

CNC machined parts come embedded with plenty of battle scars. Scratches and other minor defects will usually be present depending on the material type and the CNC cutting, drilling, milling, and CNC turning tool employed. Its surface must also undergo post-processing treatment to get the desired finish.

Look around you, and you’ll see objects composed of parts with a variety of finishes, such as smooth, glossy, or matte. Surface treatment alters the surface of the CNC machined part to enhance its aesthetics, durability, and usability.

And in engineering, the surface finish can have a significant impact on a part’s performance. It also impacts the function of the overall product, especially if its function affects another part’s function. There are several surface treatments available, and the one you choose will depend on the properties of the machined component you want to maximize. For example, a mirror-glass finish is pleasing to the eye and has a lower friction coefficient, but a textured finish is preferable for a better grip. A machined part with a rough surface is more prone to breakage and corrosion, but they are a better candidate for increased adhesion.

Here are the fundamental reasons why CNC surface treatment is a necessary post-processing step:

What Are The Major CNC Machining Surface Treatments?

There are three major surface finishing processes you can apply to a CNC machined part - mechanical, chemical, and electrochemical surface treatments. Each of these treatments generally follows two principles:

Mechanical surface treatment mechanically alters the surface properties of a workpiece, modifying it to become smoother, flatter, or thicker. The surface is manipulated to achieve a particular property, including increased adhesion, wear, and corrosion resistance improved electrical conductivity, deburring, and more.

Here are the most common mechanical surface finishing techniques:

How pickling works: Pickling works by submerging a metal part into a pickle solution, whose exact composition varies depending on the type of metal. For example, parts made from high-carbon steel are pickled in solutions containing phosphoric and nitric acids, while pickle liquor for low-carbon steel incorporates sulfuric or hydrochloric acid.

Once submerged, the acid solution eliminates any oxide (scale) or impurities present on the metal’s surface, which, if left alone, can impact its functionality. This process can result in a slight dull in the visual brightness of the metal. Following pickling, the metal usually undergoes an oiling process to protect against oxidation.

How passivation works: The component is first cleaned to remove contaminants from the surface that may have been introduced during CNC machining. Then the part is made to undergo a passivating bath.

In this, the part sits immersed in a Citric acid or Nitric acid-based solution or paste. The bath removes iron particles from the metal’s surface and forms a thin protective inert film — a passive oxide layer — over the component.

Electrochemical surface treatment or electrolytic polishing treatment is a finishing process that uses a combination of electricity and chemicals to polish the surface of metal parts. It works on nearly any metal, including stainless steel, aluminum, brass, copper, nickel alloys, carbon steels, cobalt chrome, and copper. Electrochemical polishing dissolves a thin layer from a metal’s surface, thereby enhancing its smoothness, reflectivity, passivity, and purity. This process can reduce roughness up to 50% and make parts 30 times more corrosion resistant than passivity.

While mechanical surface treatment techniques are macro-metal removal processes, electropolishing is a micro process and can work in tandem with mechanical methods such as grinding, sanding, and buffing.

Electropolishing removes a microscopically precise layer from a part’s surface. Its freedom of precision, coupled with its high ability to remove a variety of imperfections, makes it usable to polish critical components that are fragile or have intricate geometric patterns. It’s an aggressive alternative to passivation and removes the outer layer of the metal part and all its contaminants.

Electric current is passed from the anode to the cathode with the electrolyte solution. The current triggers ions on the metal’s surface to oxidize and dissolve into the solution. This process allows for micron-level precision in how much metal surface is dissolved.

Some of the most attractive modern surface treatments used to manipulate CNC machined surfaces include:

CVD and PVD produce surfaces with superior hardness, smoothness, oxidation, and corrosion resistance. They are also used to process semiconductors or nonconductive metals.

What Are The Most Common Surface Treatments For Metal?

The following techniques are often used alone or in a group to treat metal components to maximize their aesthetics and functionality. 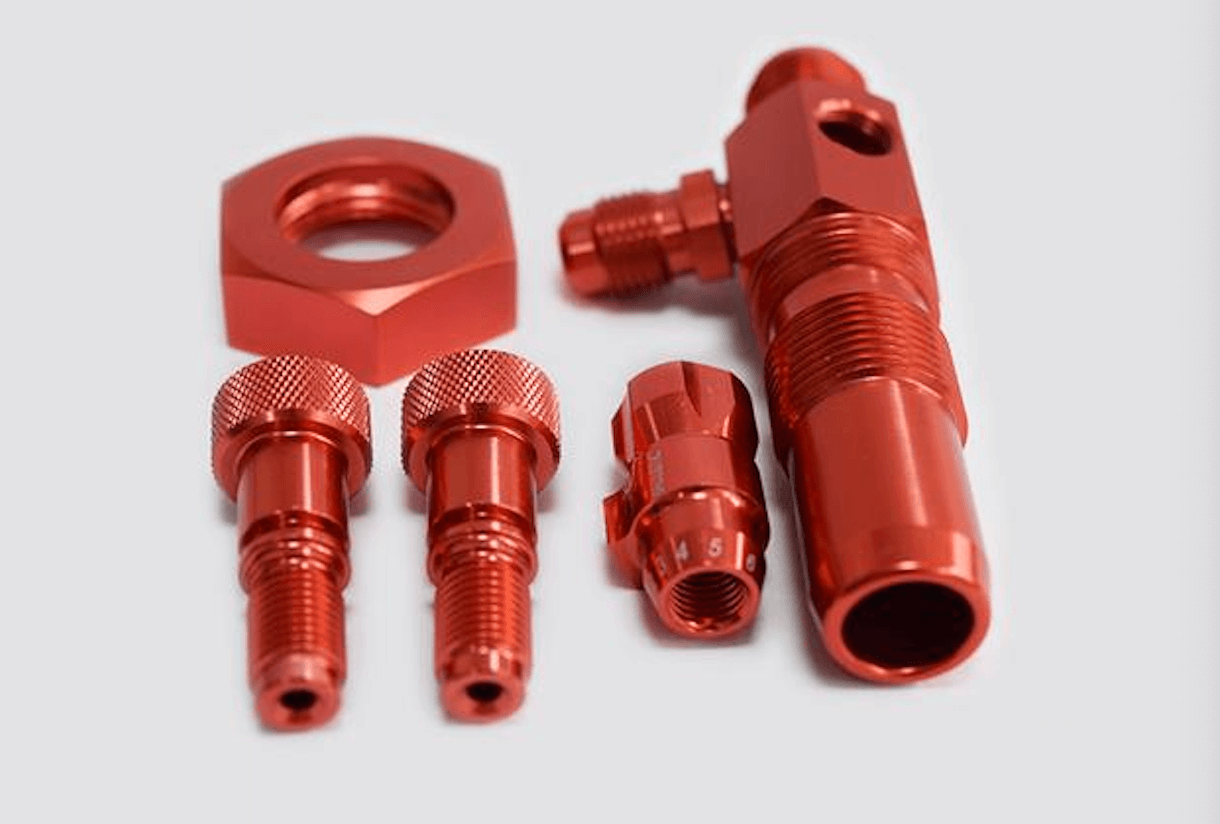 Anodizing is an electrochemical process that is usually applied to aluminum but can also work on other nonferrous metals like magnesium and titanium. Pure aluminum usually has strong corrosion-resistant properties because of its oxide layer. But, it’s often combined with other alloys that may not have strong anti-corrosive properties. Anodizing can help form a thick aluminum oxide layer to guard against rust, which is hugely beneficial if the part will be exposed to marine environments.

Here’s how anodizing works — aluminum is immersed in an electrochemical bath. Aluminum acts as the anode, while a cathode is connected to the inside of the anodizing tank. When a current is passed, the charged bath triggers the release of oxygen ions from the electrolyte, which reacts with aluminum atoms present on the part’s surface. Anodized oxidation is essentially a very controlled method of a naturally occurring phenomenon- oxidation. This produces parts that are durable, easy to maintain, glossy, and visually striking due to their uniform color. 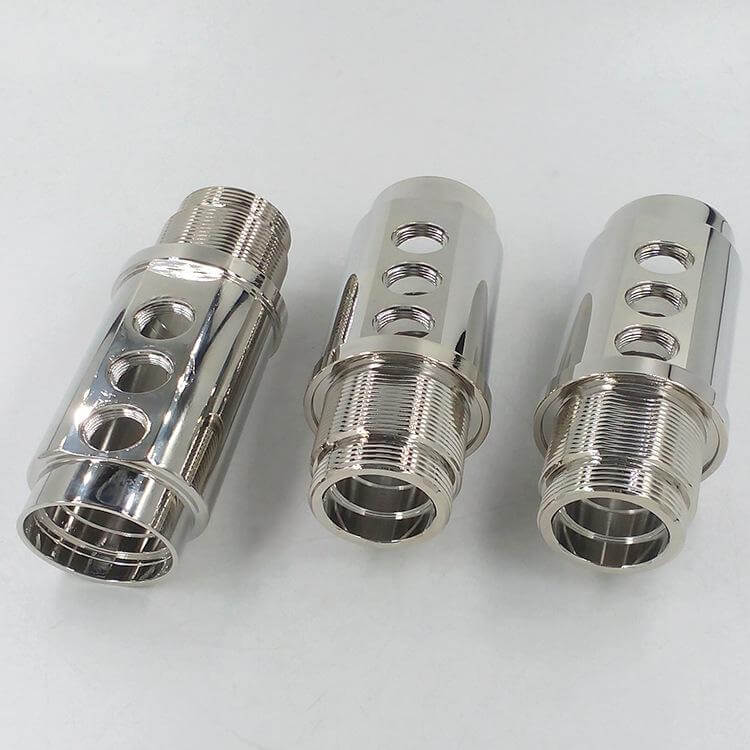 Polishing is used to produce a reflective surface. A micron or a sub-micron abrasive material combined with liquid is used for this process, making it a “wet” technique.

The abrasive material is loaded onto a pad that’s softer than the working piece. Since polishing removes very little material, it is usually done on surfaces that are already of high quality through another treatment like lapping. Polishing cosmetically enhances the surface and also seals high-pressure liquids and gases. Additionally, it can help create uniformity across surfaces, and sharpen the edges formed by cutting tools.

Vacuum plating involves chemical vacuum deposition or physical vacuum deposition that this article touched on above. Both processes enable you to create a thin surface on top of your machined part by heating the coating metal to its boiling point inside a vacuum chamber until it vaporizes.

The vapors then condense into a coating that sits adhered to your CNC machined part’s surface. The coating can range from a single atom to one that is several millimeters thick. 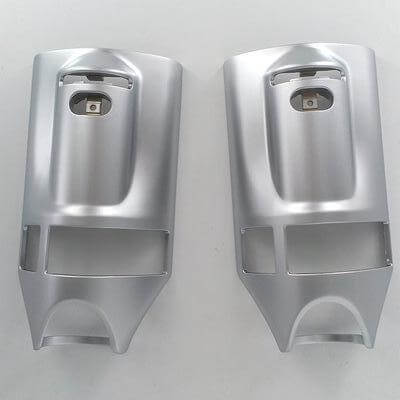 Electroplating uses electricity to coat metal, such as copper, with a layer of another metal, such as gold. It can make inexpensive metals look expensive and also make them durable and rust-resistant. Two terminals, known as electrodes (cathode and anode), are placed in an electrolyte solution and connected to a power supply. Both the electrodes and electrolytes are carefully selected elements, and when together, form a circuit. The part that needs to be plated is the cathode, and the anode is made of the metal that will be dissolved and be plated onto another.

When the power is turned on, electricity flows through the circuit, causing the electrolyte to release some metal atoms which get deposited onto the anode. All conductive metals like gold, zinc, copper, silver, lead, nickel, and platinum can be electroplated.

Also known as chemical or autocatalytic plating, electroplating involves binding a superior metal coating over an inferior metal surface solely using chemical reaction rather than electrical energy. The metal part that needs to be plated is placed in a bath containing the metal being applied. This gets catalyzed by specific materials and is deposited onto the part’s surface.

Since it doesn’t use electric current, electroless plating works on both non-conductive and conductive objects. It produces an even layer of coating even on a complex surface.

Some metals are soft and pliable, while others are hard and strong. Surface hardening is a technique that enables you to change the mechanical properties of a metal. Also known as case hardening, surface hardening is a heating treatment that reinforces the vulnerable outer surface of metal without changing its softcore.

In metal painting, paint is applied over a treated surface using various techniques, such as:

Different materials need different surface finishes. RallyPrecision is the industry leader in high-quality CNC metal surface finishing treatment services. We understand that you want your parts to be as immaculate as you intended them to be. We can help you reach your goals.

Our dedicated team of engineers and operators is standing by to help you discover the best finishing services based on your unique requirements. Contact us now, and let’s get going on your next CNC machining surface treatment project.

Contact RALLY for a free quote for your project! 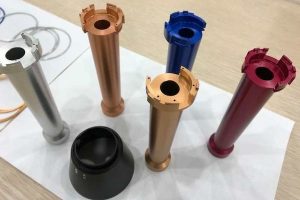 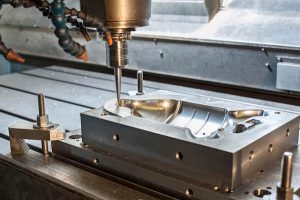 The applications of CNC machining in Mold making

In today's world, CNC machining has become an integral part of every manufacturing industry. Many industries have incorporated ...
Read More → 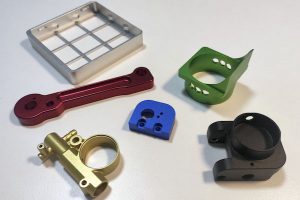 Your guide to surface treatment solutions for aluminum parts

Surface treatment is the most commonly used process to improve the surface quality of the final product. Several ...
Read More → 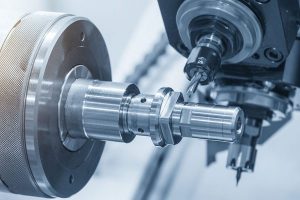 What is CNC Machining

CNC machining or "Computer Numerical Control" is a process used for automated manufacturing. In this process, pre-programmed computer ...
Read More →
Scroll to Top